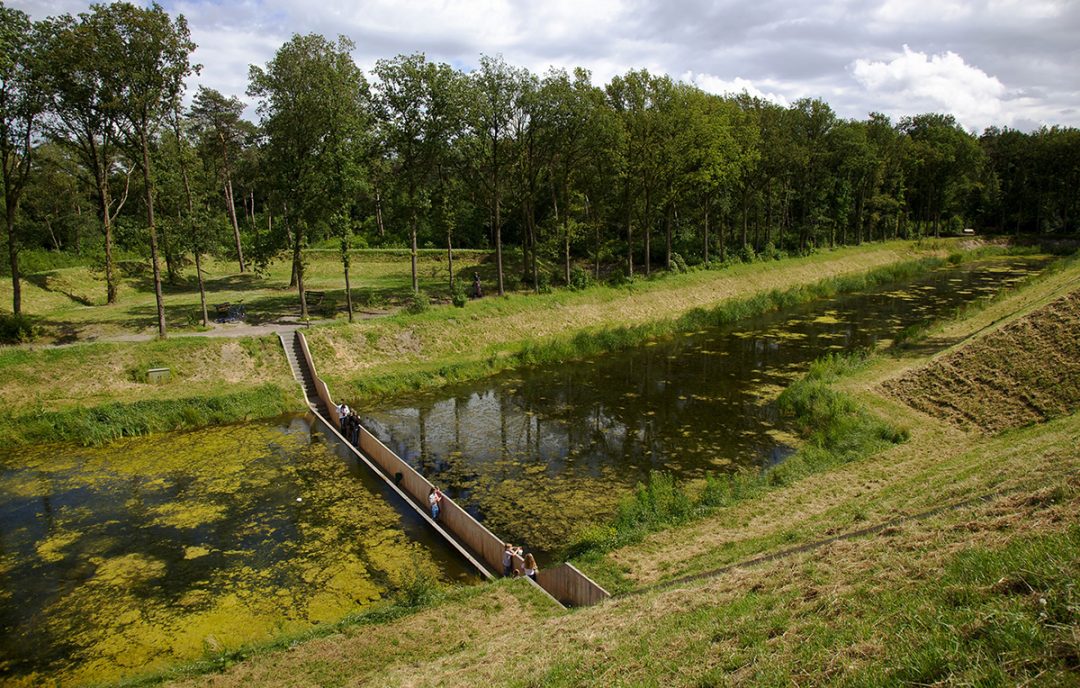 The West Brabant Water Line is an early 17th century Dutch defensive line that was created by linking cities and villages with earthen fortresses and walls. An inundation zone to the north provided an area that could be flooded with water deep enough to make enemy advance on foot precarious but shallow enough to rule out the effective use of boats. The line once successfully held Spanish and French invaders at bay.
As part of a recent restoration programme, Fort de Roovere, the largest fort on the line required the addition of an access bridge. The fort is surrounded by a moat and was originally built without a bridge so it was a challenge to create one that would be discreet. RO&AD architects’ solution was to build a ‘sunken’ bridge that follows the line of the fort slope and sits almost flush with the soil and the level of the water, making it practically invisible as you approach the fort.
The bridge is built from Accoya wood sheet piling on either side, with a hardwood deck/stairs in between. Accoya wood’s durability and guaranteed performance in-ground and in freshwater made this possible.